Fishguard is an historic market fishing town and its Welsh name Abergwaun meaning 'Mouth of the River Gwaun', explains where it can be located on the map. The town is small with a population of about 5300 people and is basically divided into two parts, the main town of Fishguard and Lower Town, the old harbour village at the bottom of the (steep!) hill if you turn left out of our door.

Widely known as a port for the Stenaline ferry to Rosslare in Ireland. Fishguard has great public transport links with direct, daily Arriva Train services to and from London, via Swansea and Cardiff. As well as bus services to north up to Aberystwyth and south into Haverfordwest, there are 3 brilliant little, friendly coastal buses that run in high season. As Winner of 'Good Hotel Guide Editor's Choice Award's', editor Adam Raphael, credited our award partly to our fantastic location within Pembrokeshire. He also mentioned our exceptional, local coastal bus services that allow walkers to hop on and off the Coastal Path, anywhere they put their thumb out to stop it, either on the way to their destination or back here to us. 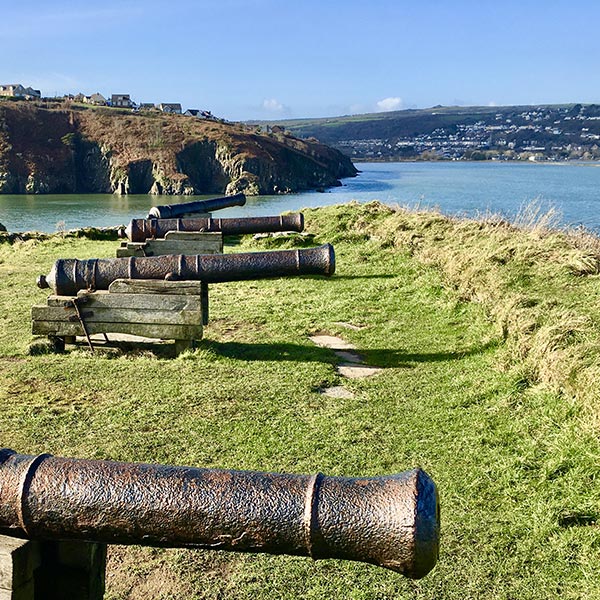 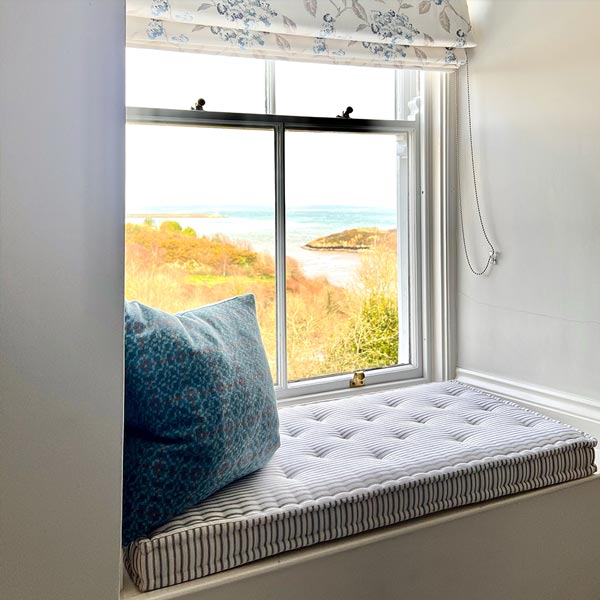 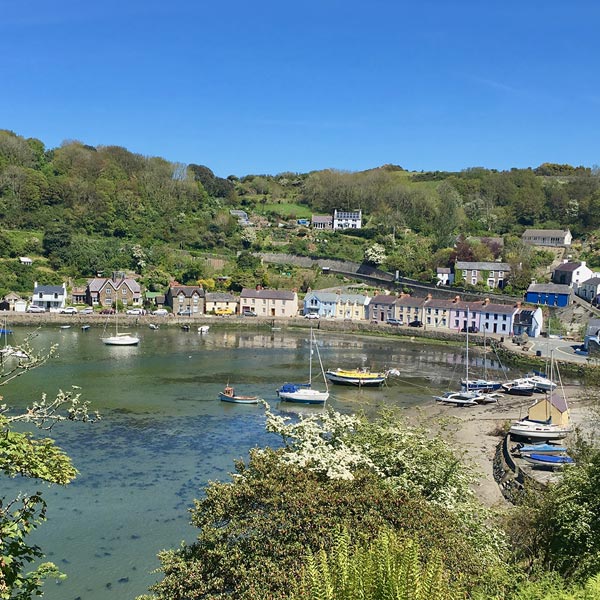 Just off the main square are all the modern conveniences you might expect. In terms of shops, you will find supermarkets, bakeries, chemists, including a Boots, antique shops, the established West Wales Art Gallery with works from David Tress and James MacEwan amongst others, a treasure of a bookshop Seaways and a library situated in the Town Hall, also home to 2 weekly markets. There is Theatr Gwaun, an independent cinema and theatre with live screenings via National Live Theatre, and The Royal Opera House. In terms of food, there are some excellent, friendly local restaurants, cafés and deli's to choose from in the centre of town.

Fishguard is becoming increasingly popular, with tourists from around the world wanting to enjoy the plethora of natural beauty Pembrokeshire has to offer, at a slower pace of life. Situated in the heart of town, with the Pembrokeshire Coastal Path at the bottom of our garden and coastal busses stopping outside our front door, it's quite easy to see why this really is the perfect base. 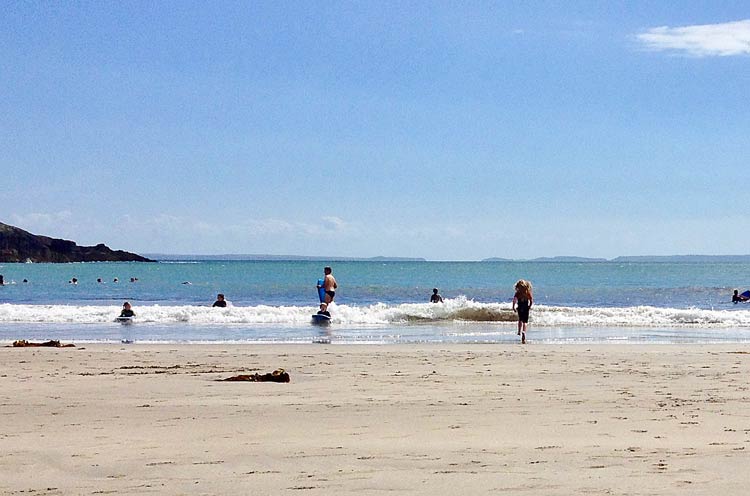 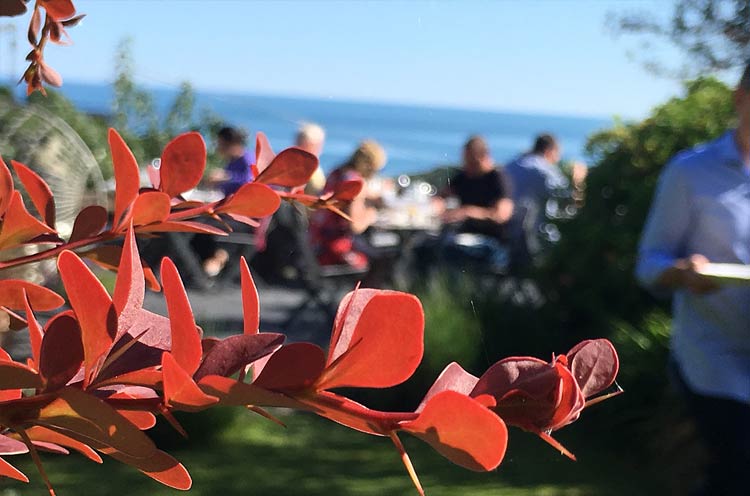 Fishguard was established sometime between 950 and 1000 AD. The town name Fishguard derives from Old Norse Fiskigarðr meaning "fish catching enclosure", indicating that there may have been a Scandinavian trading post. Called Fiscard until the turn of the 19th century when the name was Anglicised, the Norman settlement lay along what is now High Street between the church at its north end and the remains of a Norman motte at its south end.

Lower Fishguard originally developed as a herring fishery and port, trading with Ireland, Bristol and Liverpool right up until the late 19th century. These days, Lower Town is a gentle, serene harbour with yacht club and summer café; the bay often an idyllic picture of holiday makers and locals alike, enjoying themselves out on the water and crabbing at the end of the day.

Fishguard is a town steeped in history, known as the site for the battle of The Last Invasion. Wikipedia's explanation of the Last Invasion, is quoted 'The Battle of Fishguard was a military invasion of Great Britain by Revolutionary France during the War of the First Coalition. The brief campaign, on 22-24 February 1797, is the most recent landing on British soil by a hostile foreign force, and thus is often referred to as the "last invasion of Britain".' The signing of the treaty took place on the square in The Royal Oak and firing cannons can be easily spotted around town and on Marine Walk.

The Fishguard Tapestry tells the story of the The Last Invasion. It was designed and sewn by around 80 local women and similar to the Bayeux tapestry it is also 100 feet long. Commissioned to commemorate the Invasion Bicentenary in 1997, it is on permanent display in the Town Hall Library, free of charge to visit: lastinvasiontapestry.co.uk

Fishguard was later put on the map in the 1970's, when the Dylan Thomas' Under Milkwood was filmed in Lower Town, starring Elizabeth Taylor and Richard Burton. Many of the locals became involved in the filming in 1972, and the pub The Ship, still displays some nostalgic star-struck photos on the walls. Earlier in 1956, the town was also used for the set of Moby Dick, starring Gregory Peck.

Fishguard plays host to three music festivals over the summer months, but the scene here isn't quite Glastonbury so you shouldn't need your wellies...

The Fishguard folk festival is always over the Whitsun bank holiday, towards the end of May. It brings together a mix of local talent and well-known performers to provide four days of songs, tunes and dance. Most events are still free, and whether you want to play, sing, dance or just watch and listen, there is always a choice of things to do in throughout this fun-packed friendly festival. www.fishfolkfest.co.uk

Founded in 1969, the International Music Festival is a major event in the West Wales classical musical calendar. The festival takes place in venues around Fishguard, Goodwick, St David's and across North Pembrokeshire. The festival presents world class music in magical settings and this year the 2018 festival launches with Peter Donohoe on July 23rd. www.fishguardmusicfestival.co.uk.
Summer concerpts at St David's Cathedral during July - September.

Held at the end of August over the bank holiday, Aberjazz is the lively one. Expect a party atmosphere as the town comes to life with live music in the pubs, busking in the streets. This is also carnival weekend in Fishguard, and Aberjazz is a lively event keeping the town humming for five days. Past headline acts have included, singer Jackie Dankworth and saxophonist Courtney Pine, so this is definitely one to watch. www.aberjazz.com

Fishguard has long held the reputation of holding the best New Year's Eve street party in Wales. Promoted for children and all the family, this party spreads through the whole town. The event is centred around Fishguard Square which is closed off to traffic to allow for dancing, a stage hosting live music, stalls selling food along the streets and pubs to warm the masses. At midnight an impressive fireworks display sees in the new year and which in 2019, continued long after those in London had finished.
And if you can't make it down on the 31st, in the Gwaun Valley they still celebrate New Years or Hen Galan to the old Julian Calendar, on the 13th of January.